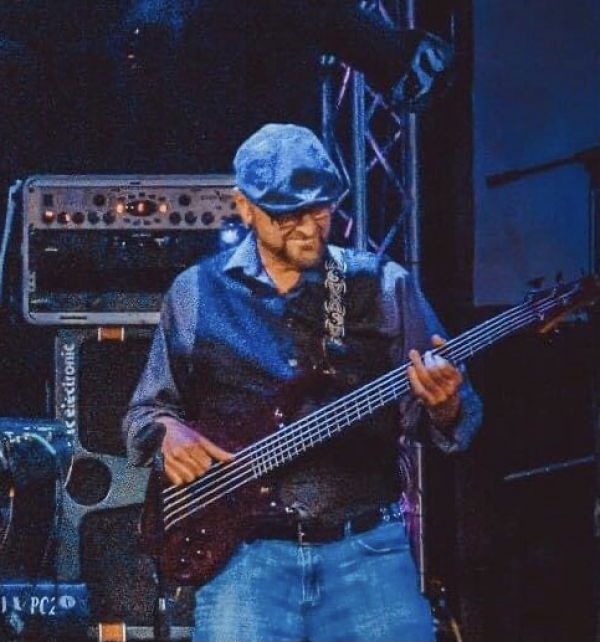 A band wouldn't be complete without a vital part of the rhythmic foundation holding down the bottom End.
Joe has near 4 decades of musical experience on Stage and in Recording Studios, where he’s played throughout the eastern part of the country in various Cover and Original bands.. Most recently he was living in and playing throughout Vegas, AZ and Utah with a very successful Journey Tribute Show.
Gigs & Shows over the years consisted of crowds from thousands to small intimate clubs. Conventions, Trade shows and Casinos.
Joe had been hired to Record on various artists CD's at the Record Plant NYC, RCA NYC, Showplace NJ, City Lights NJ , to mention a few.
He's worked in most genres of music throughout his career.
Over the years Joe has spent time and played with members form the Doobie Brothers, 38 Special and on one special occasion had been on a promotional jingle with Aretha Franklin. Playing on the Jersey Shore for many years, Joe had the pleasure of sitting in on a few gigs with Mr. Bernard Purdie.
Music in all aspects has been in Joe's life since an early age with the influence of his brother who had been manager of the Doobie Brothers throughout the 1970's.
Now, Joe leads the FM Band, and couldn't be more excited to be playing with this group exceptional musicians.