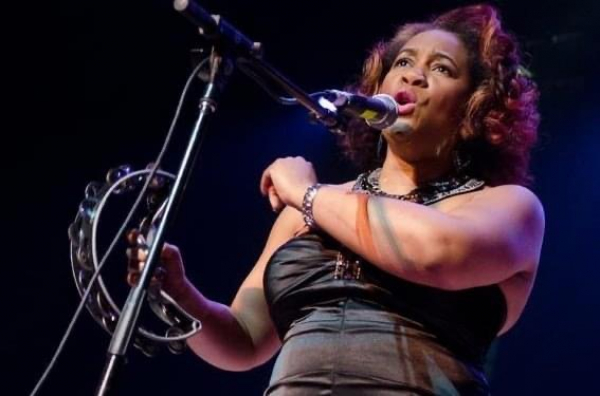 As half of of our amazing Backing Vocalists, Lisa definitely brings her A game to the show every time!
Lisa has been involved in music theater and vocal performance her whole life. Growing up in the greater Youngstown-Cleveland area, she found her voice at an early age singing in the youth and adult choirs in church, and high school musical performances. Having many mentors and teachers around who encouraged her to cultivate the raw talent and was quickly forged into a dynamic lead or background voice to be reckoned with.
Lisa relocated to the Fort Wayne Indiana area in the mid-1990s leaving behind a successful acting career doing regional theater at the famous Youngstown Playhouse located in Youngstown: the famous center of the steel production region. Once in Fort Wayne, she found the Civic Theater stage, and appeared in numerous musical productions including playing the lead roles as “Dorothy” in The Wiz and “The Narrator” in Joseph and the Amazing Technicolor Dreamcoat for which she was honored as best female vocal performance in a musical multiple times.
Lisa is also a classically trained vocalist. Along with singing pop, rock, R&B, she is no stranger at singing classical arias by Mozart or Brahms.
FM is pleased to have her as one half of a dynamic backing vocal duo, and filling the sound incredibly.