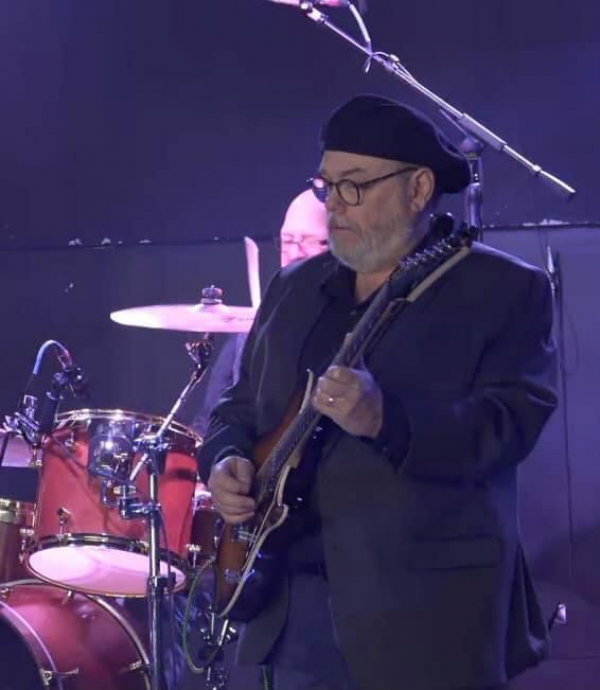 A band wouldn't be complete without its Guitarist, and FM - A Tribute To Steely Dan couldn’t have asked for a better one than the talented Steve Lunn. Who plays an instrumental role in the success and musical progression of the band. Taking on the role of Walter Becker as well as the many great guitar players Steely Dan had playing on their albums is a task of it's own. And Steve delivers.
Steve is a very talented multi-instrumentalist. He began playing trumpet when he was 11 years old and soon shifted his musical interest to guitar and saxophone.
Since the early 80's he has been in a number of popular Mid West regionally based bands.
He also played in Pink Floyd Tribute Show for a few years,
Steve has a considerable variety of musical influences but is particularly fond of rock & roll, jazz and the blues.