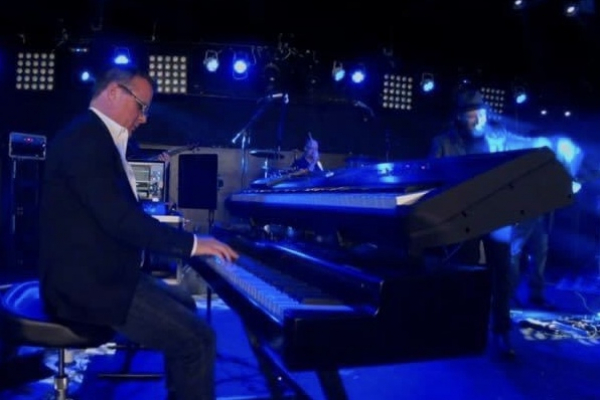 Taking on the musical role of Donald Fagen, one half of the incredible writing team of Fagen & Becker, is no easy task. FM has just the right person for the job!
Mike had a passion for the piano at a very young age, started taking piano lessons from a nun at the age of 6. He continued his studies through College (Bachelor of Science and Music) at Colorado State University in Ft Collins, Colorado.
Mike toured in various pop, rock and country groups in the United States and Canada for almost a decade.
In those years Mike had the opportunity to open for acts like REO Speedwagon, Kansas, Styx, and 38 Special to name a few.
In 1991 Mike left a traveling band in Las Vegas to form a new band specifically created to be the house band at the highly acclaimed Piere’s Entertainment Center in Ft Wayne, IN.
Mike has also held positions as a Sales Engineer at Sweetwater Sound, was a Worship Pastor/Music Director, and is Owner/Operator of Grace Audio & Video Productions, to which he enjoys running his production company (Audio and Lighting) for regional performances when not on the road with FM.