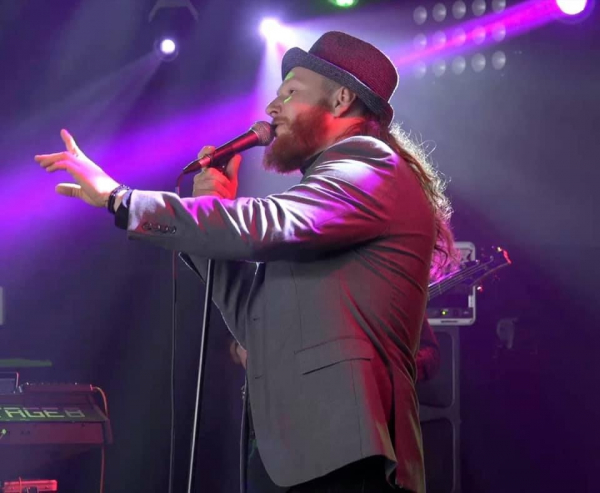 As Lead Singer, Evan takes on quite a lot of responsibility, not only singing hits from the Steely Dan catalog, but telling great stories of the bands history while taking the audience on a ride of nostalgia.
Evan is a singer/songwriter residing in Fort Wayne Indiana. At an early age he developed a natural affinity singing and a passion for music, which he continued to pursue throughout his high school and collegiate career. Evan is a graduate of IPFW with a bachelor degree in vocal performance specifically in the area of classical/opera. Immediately after graduation he entered the live performance scene and has since performed with multiple classical and modern musical groups across the Midwest, ranging from the Fort Wayne philharmonic, regional bands to national acts, and now FM - a Tribute to Steely Dan.
Throughout his unique career he has also performed with and opened for a variety of national acts such as: Rob Base, C+C Music Factory, Young MC, Sidewalk Chalk, The Lique, Chuckie Campbell and the Black Den, The Millennia (Prince’s background singers), and more. Along with being an accomplished live performer Evan is also a well versed song writer, and studio musician. Most notably Evan was commissioned by the Allen County Superior Court to write a song for National Adoption Day. “Shine” was then distributed to courts around the nation as the official song of National adoption day in 2017. Evan is thrilled to offer his unique vocal abilities to such a wonderful endeavor. Having grown up listening to Steely Dan via his father, he is very excited to perform such timeless and treasured tunes with this exceptionally talented groups of musicians.